I am a snail, and yes I am vegan. I eat leaves.

Sure he doesn’t like that, fuck do not touch the lettuce or that bully will start a war! Last year we were thousands and when the leaves of the plants that he has put here began to sprout … mmmm…

Soft, sweet … who jumped on the turnip leaves, who on artichokes, I have always preferred the lettuce.

Then he came with the agricultural expert, and I don’t even …

By now, I am the only one left. I roll that shit of snail-b-gone and I smoke it up!

If vegans knew this story they would be here in a minute and beat the crap out of that rascal, so I thought.

I have waited a lifetime for one of them to pass by, to tell him everything. And today I had heard that the Vegan CSA  was coming. He says they are a bunch of cheap fucks like everyone else, but they do not eat meat and other stuff stolen from animals. That’s good, he says, so they eat more vegetables …

I should have already caught the hint.

But I am slow.

I am a fucking snail.

Well, the vegans came, I ran into the office determined to unmask the murderer who had killed my sisters. I arrived just as they were about to go away, and you know what they were talking about? Snails!

My mouth was foaming from exhaustion but it was almost done, I had the opportunity, I was about to make history … When I see him proudly display a bag labeled “organic” and say: On our crops we spray only “certified “stuff you can be assured, and for the snails we do not use poison! I eat them!

The world collapsed upon me. For a moment I thought that the monster had confessed, that finally this group of angels would save us but no, not one lifted a finger. Yet I had heard that these human were warriors who lashed out against those other human assassins, carnivores. Even against the slave-keeper and the thieves who rob the others of everything from milk to honey to eggs. Even those, vegans would eat them alive.

I thought they had a higher morality, ethics more profound. But they have not lifted a finger. They left noisily and WTF.

Tomorrow the workers will come, poor people, I feel sorry for them. Even if they are doing the dirty job to exterminate us. They too are victims, the bastard pays them peanuts with the excuse that the vegetables on the market are cheap. And if you try to sell them more expensive you won’t sell a single cabbage.

Occasionally one of those poor slaves croaks under the sun, I wonder if what he had collected remains “vegan”. Since you don’t eat the stiff.

Heck, but are they fighting only for their egos and not to save the animals? Maybe that’s why they don’t give a damn about us …

Nah, can’t be. Certainly, every time they rant against carnivorous killers, they have to always emphasize how good they are since they’re saving the world. One species at a time perhaps? One day our turn to be saved will come, but for now there is only one possibility on the horizon , and it is of death.

The method will change, no more joints now; a pan, a little oil, a clove of garlic, a bay leaf and just a couple of tomatoes to give a bit of color … bleh!!!

Tonight I’m going to take a trip using the herbicide, so that  I may forget this shitty day and maybe I will kick the bucket. WHOTHEFUCKCARES.

Goodbye world, goodbye vegans, goodbye my land. I love you.

¡Hola! 😀  It was not true that the farmer would have eaten us! This morning they scattered poison again, the poor stupid ones who didn’t believe me died, but all in all it is natural selection … pffffffffffffff

This morning I spoke with the lettuce and you know what she told me? She said I was a coward. She says it is easy for me to munch on her, given that she doesn’t have legs to run fast like me …

Perhaps I too am a “vegan” like the humans are, or maybe I have to stop smoking … 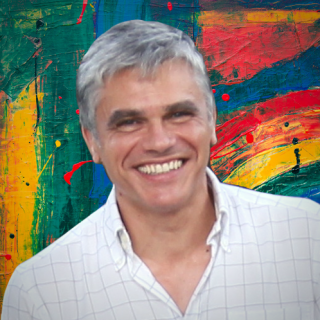 Read in your Language